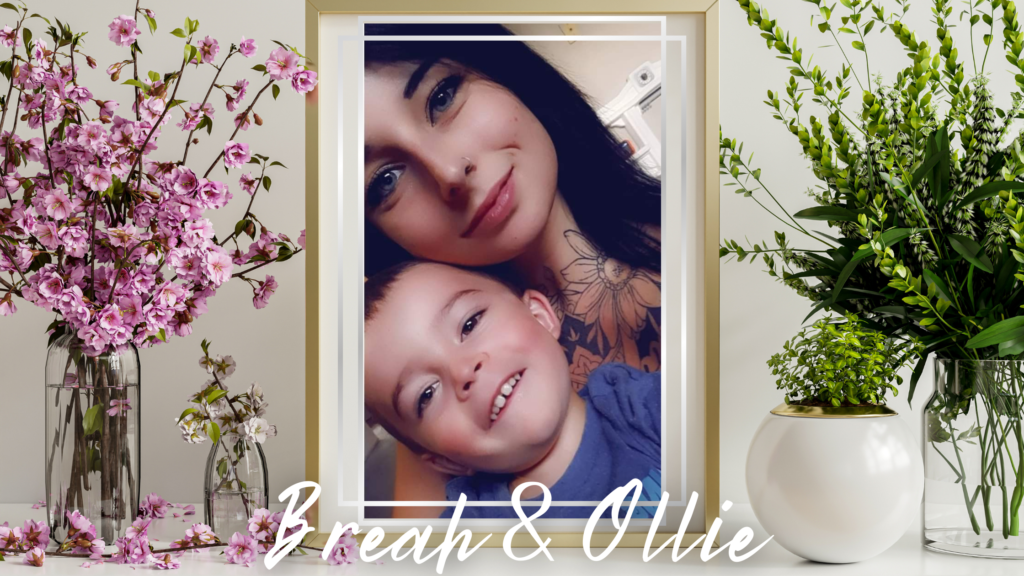 Breah is a 27 year old from Hantsport, Nova Scotia, who made the big move to Grande Prairie, Alberta in 2014. She resides there with her son Ollie who’s 4 years old, and together they both enjoy hiking and exploring nature. Breah also has interests in art and spirituality.

Breah was born with XLH, passed down from her father, which she in turn passed on to her son Ollie. She was preschool aged when hospitalized with an irregular heart, and at this time she had not been on any treatment for XLH (which she knew as Vitamin D Resistant Rickets). Her body was suffering the consequences from not being medicated, doctors even discussed the potential need for a body cast to help her deformities. Thankfully with the progress she made on Phosphate and Vitamin D supplements in the hospital, they decided to monitor the situation instead of using the cast.

Breah struggled taking her medications when she was little, causing her to have a feeding tube inserted through her nose down into her stomach to make sure she got her medication, until she was able to take them on her own. The medication was hard on Breah’s stomach and digestive system, and the taste was horrible, she recalls switching to the effervescent tablets hoping they’d taste better, but all the oral medication tasted horrible in its own way. It was hard for Breah to keep up with the several doses of Phosphate each day, especially with the horrible side effects wearing on her stomach.

After moving to Alberta, not only was it challenging to take her daily requirement, she now struggled to afford it. Thankfully, she was able to find a Pharmacy who compounded the medication into a capsule form, for a reasonable price. The catch was she’d have to take 32 capsules a day to get her daily dose of Phosphate, making it even harder to keep up with the treatment required to keep her body healthy.

In 2017 she found herself pregnant with her son. She knew there was a 50% chance XLH could be passed down to her child, and without a General Practitioner available locally, she ended up taking her infant son to the IWK Children’s Hospital in Halifax, Nova Scotia, to see the same specialist she saw as a child. Breah was doing everything she could, and needed to see if he’d be willing to help them get Ollie started on the treatment process. Thankfully he did just that, and even got a referral sent to doctors in Alberta where he’d be able to continue his treatment and monitoring there. The fact that he took the time to do that for her and her family leaves Breah forever grateful.

After Ollie’s diagnosis, there was another struggle to find insurance that would cover those specific prescriptions. As a single mom needing to buy medicine and make trips back and forth to the Stollery Children’s Hospital in Edmonton for treatment, she decided to make a Facebook page for Ollie, called Ollie’s Journey where she could not only educate the public about XLH, but hold fundraisers and collect donations to help fund these extra costs. The support that she has received from the public by doing this has helped them in so many ways, she continues to post updates on Ollie’s journey in hopes to continue connecting with others in the community who share similar experiences. Connecting with others has been important for Breah, who feels the isolation that comes with having XLH and battling a rare disease.

Recently they were able to find coverage for Ollie to start Crysvita, and are still in the early stages of getting the injections. With that has come a renewed hope that Ollie will make progress with his growth and development and be able to better manage XLH with the help of this miracle drug.

As a mother who just wants to watch her child thrive and enjoy life to the fullest without pain and trauma, Breah feels guilt and sadness from watching Ollie take medication, go through tests, needles, pain and everything else that comes with having this rare condition. As he approaches school age, she worries about his development and size, and all the bullying that he might be subjected to from being different from his peers. But, Ollie is strong. He’s a happy, resilient boy who always tries his hardest to keep up with others and never lets anything get him down. He is looking forward to the school year and like any other parent, Breah’s hoping it is a positive experience.

Since Ollie’s birth, Breah naturally put her health on the back burner, focused solely on providing Ollie with the best quality of life, but in turn hers deteriorated. Her condition has worsened to the point of needing to be on disability, unable to do much physically, struggling to get through her daily tasks that were once manageable before trying to keep up with a little one. Being so young in this kind of condition can feel discouraging for Breah at times, but she tries her hardest to stay positive and optimistic, hopeful she’ll gain access to Crysvita one day and be able to heal from the effects of XLH.

“I am thankful to have found the Canadian XLH Network. Even though I am only a new member, I have found comfort in seeing others’ experiences with XLH, and knowing we are not alone on this journey. I am hoping with time we will be able to make some connections and bonds with other XLH’ers.” 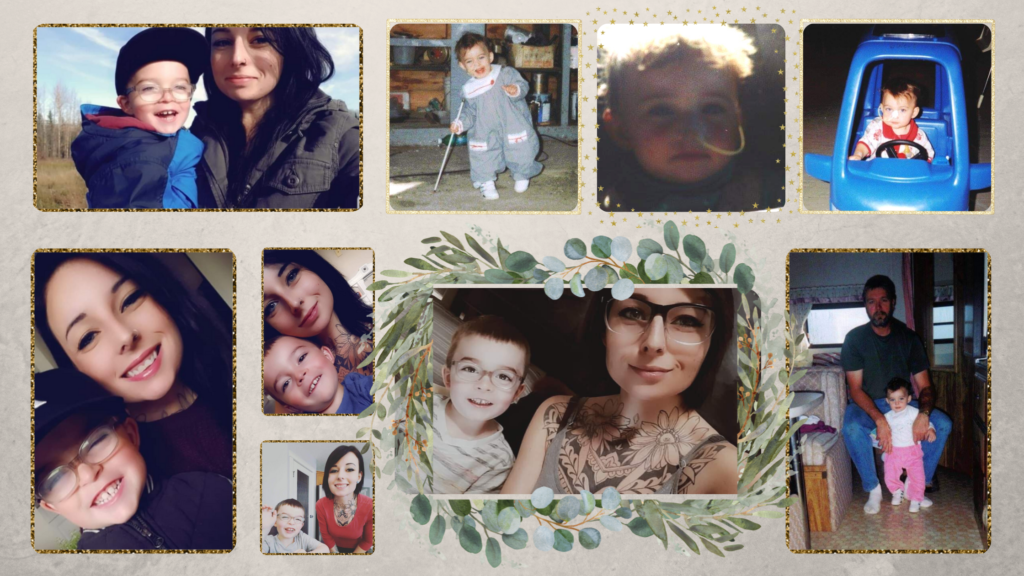