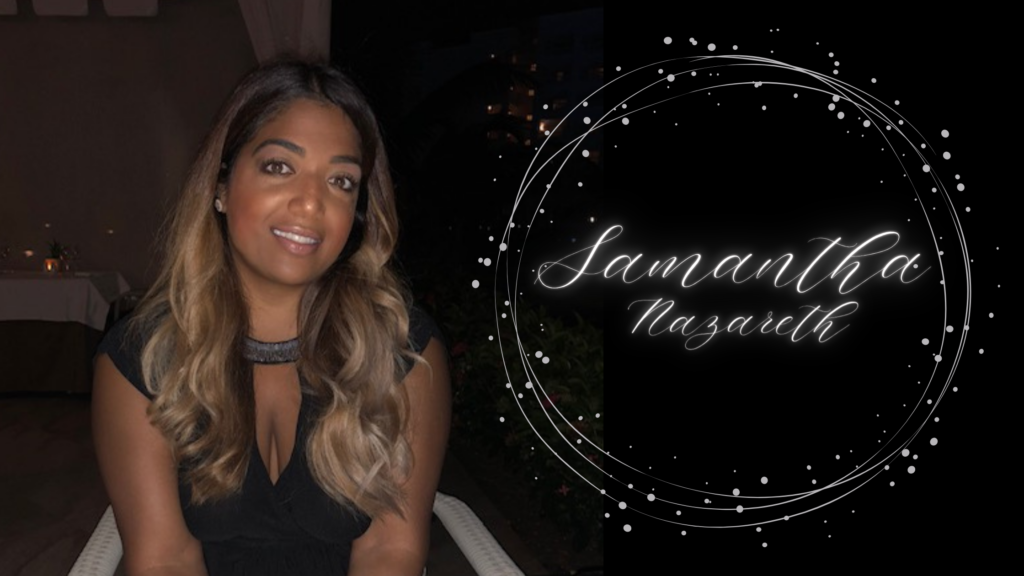 Samantha Nazareth was diagnosed with a spontaneous case of XLH at the age of two. From the time she began walking there was visible bowing in her legs, and although they didn’t reside in the UK she was referred to Great Ormond Street Hospital for Children in London, England where they officially diagnosed her. She began treatment on phosphate and one alpha Leo Alfacalcidol, and was fortunate to have an endocrinologist in London, Ontario to help properly manage XLH.

Over the years she had a total of eight root canals done, starting at the age of twelve but thankfully hasn’t had any other major dental issues since. At sixteen, she had corrective surgery done on her right femur with two plates, and over the next few years noticed an increase in pain to her lower back and hips, along with a decreased range of motion. At that point she hadn’t seen an endocrinologist in years and finally got a referral to an adult endocrinologist in 2017. It was then discovered she had developed a pseudo fracture in her left femoral head, and was told that she’d eventually need a bilateral hip replacement due to the severity of arthritis that had developed. The impingement from bone growth in her hips didn’t allow for her to have arthroscopic surgery, so she began Synvisc injections to prolong the inevitable, as well as PRP treatment to help with pain.

In 2020 she had two major emergency spinal surgeries in her thoracic and cervical spine due to severe spinal stenosis. Samantha was having severe migraines for a year prior and neurological exams couldn’t pinpoint a cause. She developed numbness in her legs around Apr 2020 but had to wait to do an MRI to rule out MS. In July of that year, she woke up paralyzed from the sternum down and emergency doctors discovered that her vertebrates in her thoracic had buckled into her spinal column and the numbness she was experiencing and migraines was due to spinal compression. She had surgery at the Trillium Hospital the very next day. The neurosurgeon didn’t think that she’d be able to walk due to the amount of  bruising and swelling on my spinal cord, but I was able to wiggle my toes after surgery and started walking with the aid of a walker a couple of weeks later. Later in October 2020 she had her second spinal surgery on her cervical spine and had a fusion done with two rods and twelve screws. It was a long recovery, but she powered through until she was on the other side of the trauma. In July 2020 she started taking Burosumab at the age of thirty-six.

In August of 2022 after a routine MRI, they spotted new compression and an unknown mass. Samantha then had to endure another spinal surgery and once the mass biopsy results came back, she was diagnosed with a desmoid tumor (also very rare), and it likely occurred from surgical trauma as there was nothing to confirm otherwise. Desmoid tumors are treated as a soft tissue sarcoma and therefore treated like cancer. Samantha began oral Chemo at the beginning of October and has a follow up MRI with my Neuro Oncologist in December.

“I’m grateful to have found an XLH community here in Canada. Living with XLH doesn’t have to be scary and you don’t have to battle alone. It took me years to find a community of people that can share and understand how hard and frustrating it can be to have such a rare disease that to most is unknown. For me and my family it was a huge learning curve as nobody in my family had XLH. I’m hoping that by sharing my journey, it can help others.” 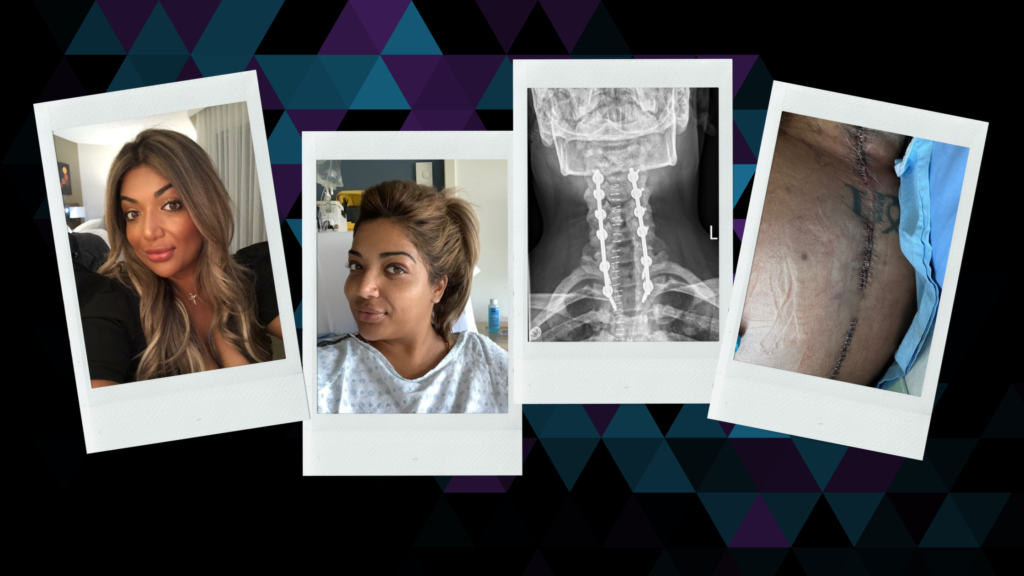