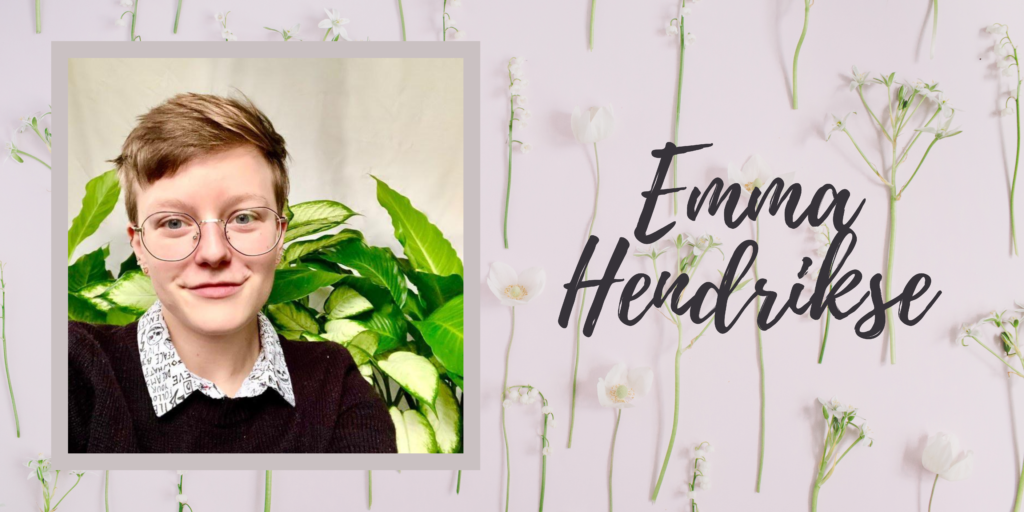 Emma Hendrikse is a twenty-one year old from the Greater Toronto Area, studying to be a teacher at the University of Toronto. She loves cats, lizards, fish, plants, and teaching kids between the ages of four and eight. When she’s not working as a tutor, she’s also a mentor with the Big Brother/Big Sister Canada foundation, providing support to vulnerable children and youth.

XLH has been in Emma’s family for three generations now, stemming from her maternal Grandmother. Her Mother was diagnosed fairly early at the age of two or three, so they knew to test Emma and her brother right away during infancy. The two were born just twenty-one months apart, but only Emma received the diagnosis of XLH. Doctor’s began treating her immediately, using oral phosphate (as many as six tablets a day) with calcitriol. Despite this treatment her legs grew with a moderate/severe valgus deformity, and by age seven she was experiencing chronic pain. It wasn’t until she was twelve that doctor’s decided to use titanium plates to help guide her new growth, though it was far too late to make a difference as she had already reached puberty and stopped growing. The plates remained in her legs for four years, causing excruciating pain, requiring the use of forearm crutches to help her get around. During a right femoral osteotomy, the doctors finally removed the plates and corrected the valgus deformity, which was more severe in the right leg. The surgery was painful, however it improved her mobility and overall quality of life. Her left leg has yet to be operated on, but the severity has been tolerable for the time being.

XLH is not the only rare disease Emma has to battle though. As a result of her phosphate treatment, her blood calcium levels began to rise at the age of fourteen, and she was diagnosed with Hyperparathyroidism, a condition her father also shares. Treatment with phosphate was immediately stopped, and they did a partial parathyroidectomy. Her condition only seemed to worsen from there, and at the same time her brother’s doctor discovered a large pancreatic tumor in his abdomen. Being a concerned father, Emma’s dad did some research and discovered a condition called Multiple Endocrine Neoplasia, and convinced the genetics lab at Sickkids to do some testing. As it turned out, her Father was a spontaneous case and had passed Multiple Endocrine Neoplasia (MEN) onto Emma and her brother. MEN creates tumors on the endocrine system, and although they are mostly benign tumors, they can metastasize, and must be closely monitored with several MRI’s each year. Unfortunately the condition has exacerbated some symptoms of XLH like fatigue and mental health issues. MEN has also resulted in frequent trips to the hospital, and means she has twice as many doctors monitoring her health. “Getting my MEN doctors to communicate with my XLH doctors is a herculean task, one made more complicated by COVID.”

While the physical pain is exhausting, XLH affects Emma’s life a lot less now as an adult than it used to. Being called a cripple most of her adolescent life took a large toll on her wellbeing and overall mental health. Along with being visibly different from her peers, she’s been openly gay since the age of fourteen, making her an easy target for bullies in high school.

As of October 2021, Emma has received access to Crysvita (Burosumab) and began her new treatment. “I have so much more energy! I have started working out and even running. I feel the best that I’ve ever felt. I’m waiting on my next BMD test, but hopefully I will see marked improvement. Now that my legs look “normal” and the Crysvita has given me more energy, I’d say XLH barely affects my life at all, especially compared to where I was at 15. I still have leg pain, but everyone I talk to seems to have some degree of knee or hip pain regardless of whether they have any medical conditions or not. I just consider myself lucky to live in a country with socialized medicine. The Canadian XLH network has given me a community I never could’ve imagined existed. There are kind, older XLH’ers who can help answer my questions, and it’s nice to see informative posts. The best part about the XLH network though is that I met a friend who is exactly my age! Our experiences with XLH are very different, but a lot of the issues we deal with are the same. Meeting and talking to her for the first time was like meeting a long lost twin. We talk nearly every day, mostly about things completely unrelated to XLH.” 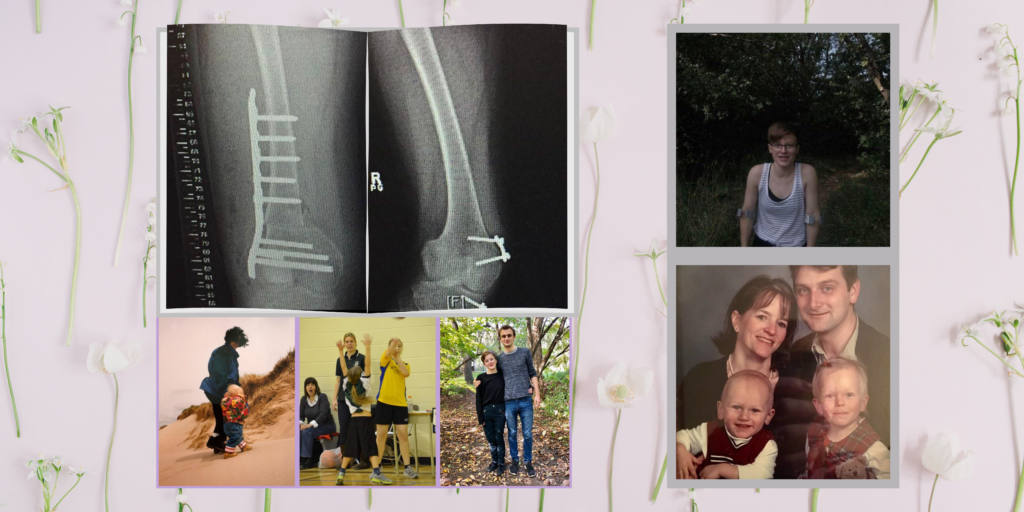