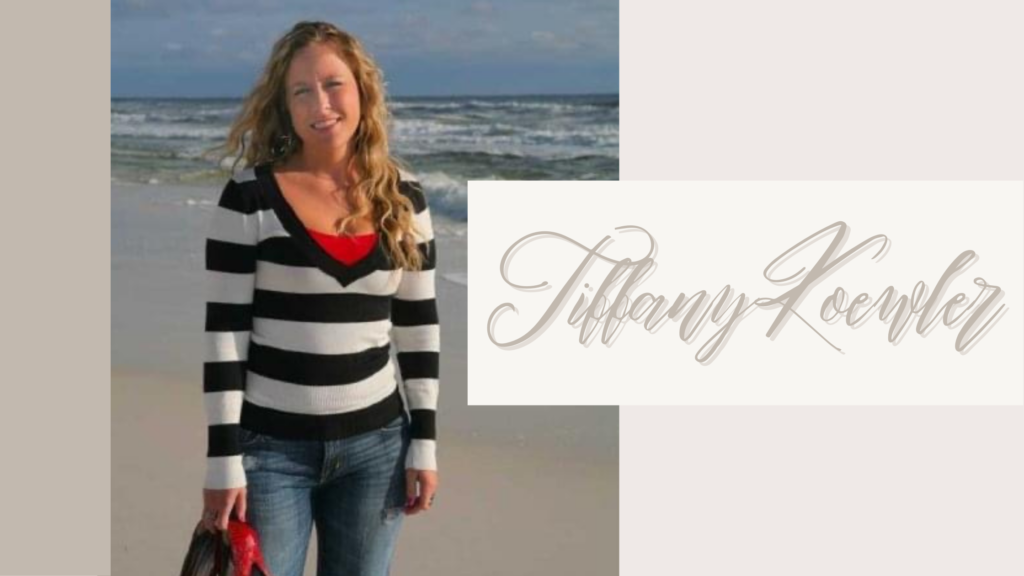 Tiffany Koewler is a 38 year old from Evansville, Indiana, USA. She is 4th generation with XLH in her family, diagnosed at the Shriners Children’s Hospital in St Louis MRU (Metabolic Research Unit) at 6 months old. At this time it was still known as Vitamin D Resistant Rickets. She was started on the K-Phos/Rocaltrol regiment & stayed in the MRU for 1 week every 6 months.

Tiffany seemed to have a more severe case of XLH amongst her family, and by age 14 she had staples put in her growth plates, but since she had stopped growing it didn’t make a difference. At 16 she had the staples removed followed by a full osteotomy on her left leg with an external fixator on her tibia, and an internal rod and screws on the femur. The following year she had the right leg done. Back in 2002 XLH was still thought of as a childhood disease & once she aged out of the Shriners care, she never transitioned into having the proper adult care. She thought having her legs corrected had fixed her. For the first time in her life she felt & looked her best, able to enjoy the first few years that followed.

In 2003 she got a job and shortly after was diagnosed with another painful health condition called Endometriosis, adding to the discomfort she was beginning to experience again as her back and leg pain returned and began progressing. By 2005 she made the choice to have a breast reduction hoping this would help with the intense back pain, however it made no difference. At the same time she had enrolled at Ivy Tech Community College and took classes part time to earn her AS in Business Administration, where she proudly graduated with a 3.5 GPA & made the Dean’s List for multiple semesters.

She pushed herself to the limits everyday trying to keep up with her goals and her peers, which eventually led to Tiffany being prescribed pain medication (Opioids) 3 times a day to help her manage. Working full time doing Accounts Payable, taking night classes, plus side hustling as a Mary Kay Independent Beauty Consultant, and even earning a Real Estate License, left her dependent on pain meds to be able to achieve her aspirations. She was afraid to discuss her growing concerns with her doctor, wanting to better understand addiction vs dependency while continuing to battle her need for the drugs they prescribed. She didn’t want to be held captive any longer and got herself off opioids, however she struggled, lacking the ability to concentrate or stay on task with work and school. Eventually In late 2011 her doctor was concerned and sent her for ADHD (Attention deficit hyperactivity disorder) testing, and shortly after it was confirmed she had ADHD. She was started on meds for ADHD which helped improve the struggles she had concentrating, but her XLH issues were at an all time high.

By the end of 2012 she had bone pain so severe standing up was very painful, her legs would frequently give out leading to falls. She kept pushing herself to the limit and by October that year she was forced to leave her career behind. The last time she was able to work was in 2012, the same year she also met her fiance Jamal. She had worked since age 14 and was used to providing for herself, until she was forced to face the fact that she couldn’t anymore. She applied for SSDI (Social Security Disability Insurance) which after appealing to get a hearing with a judge she was finally approved after struggling for 18 months.

After seeing countless specialists between 2008-2012 who all said her Rickets was no longer active and she was having “structural issues” in which they felt nothing could be done about it, she found herself at an all time low. In 2013 she began going to a methadone clinic due to the unbearable pain. The methadone had side effects that she was not expecting, she developed heat intolerance and gained 50 lbs. She had lost all hope for any quality of life in the years that followed and merely existed until she stumbled across the XLH Network while browsing online. It changed her whole life. She discovered that her disease was actually called X-Linked Hypophosphatemia and she could connect with others on the website that she could relate to. Between the XLH Network and Facebook groups for XLH, she heard there were clinical trials of a new medicine for XLH patients, and looked into all trials going on in her area of the country, finding that the spots were already full. Not wanting to give up on her renewed hope, she began researching XLH and learning all about the disease she had been battling her whole life. She had the opportunity to attend an educational lunch all about XLH, and from there had Ultragenyx contact her General Practitioner who agreed to start her on Burosumab. In May of 2019 she had x-rays done on her legs prior to starting Burosumab which revealed 6 stress fractures, accounting for some of the intense pain she was experiencing. Burosumab was helping her feel a little better overall, but her phosphorus levels still kept dropping.

In Jan 2020 she went to Indianapolis to meet with Dr Erik Imel, an endocrinologist who was involved in the clinical trials. He’s a man who has a wealth of knowledge on XLH and for the first time in a long time she felt like she could trust someone to help her get her health in order. After starting Burosumab she began to wean off the methadone until she was able to stop using it completely in 2021. For the first time in a long time she started to feel like her old self. In 2022 she attended her first in person XLH Day in Nashville, TN and has learned so much more from that experience. In 2022 she started her own Tik Tok page to educate and share her life with XLH, in hopes she can help others who face the same adversities. She’s proud to say she’s signed up to volunteer with the XLH Network which she will start in 2023. Tiffany now hopes to one day be able to return to the workforce again, but has also found a new purpose in her life, and plans to keep working on bringing awareness to XLH and hopes to educate others as well as her own family on the benefits of Burosumab. 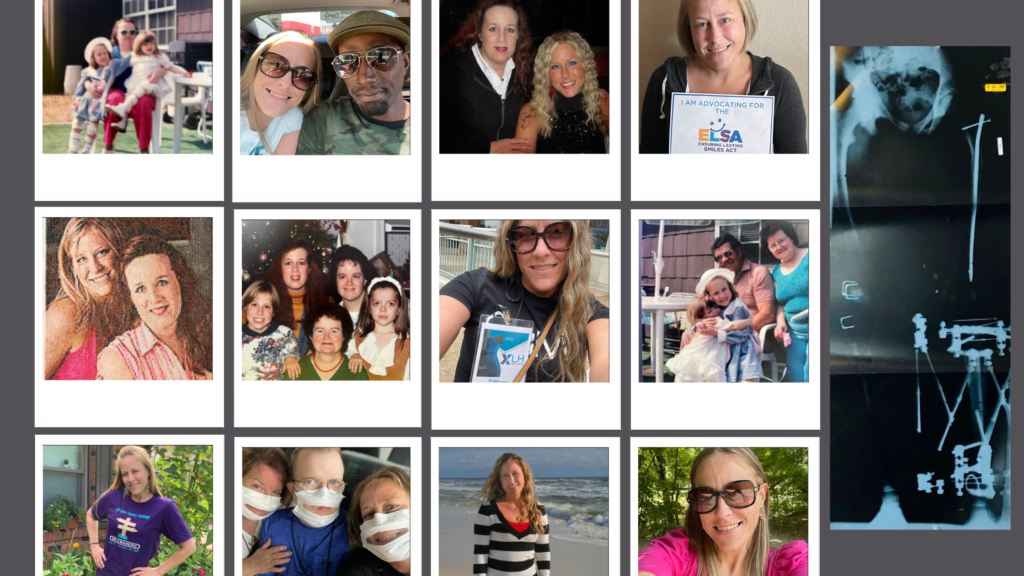